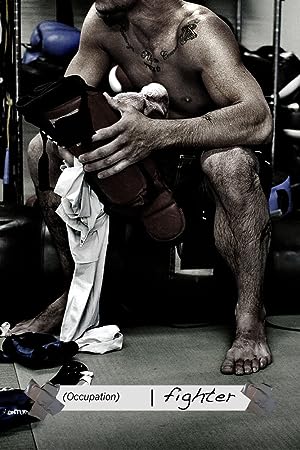 How to Watch Occupation: Fighter 2011 Online in Australia

The cast of Occupation: Fighter

What is Occupation: Fighter about?

Eight months in the life of a fighter, the film provides the opportunity to discover the MMA (Mixed Martial Arts) sport in a fresh and striking new light, revealing the life of a dedicated fighter on his way to the top. In times of hard labor and an infamously tough economy, this film inspires the very spirit of our existence... to never give up. Over the course of 8 months, we learn about the amount of sacrifice and suffering professional fighters have to go through in order to stay competitive. Moreover, the challenges of life such as dealing with stereotypes, financial situations, relationships, and injuries are portrayed as seen through the eyes of a top athlete and the people surrounding him. The storyline continues to intensify as we approach what happens after the 8th month: Fight day! Occupation: Fighter is a feature length documentary film by Andre Enzensberger and Bavayou Films featuring WEC veteran Chad 'Savage' George alongside UFC and Strikeforce legends Josh Barnett, Dan Hardy, Mac Danzig, Miesha Tate, and Thomas Denny.

Where to watch Occupation: Fighter