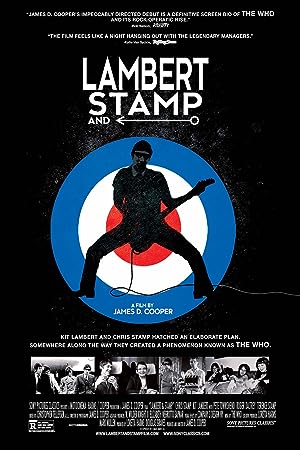 How to Watch Lambert & Stamp 2014 Online in Australia

The cast of Lambert & Stamp

What is Lambert & Stamp about?

Aspiring filmmakers Chris Stamp and Kit Lambert set out to find a subject for their underground movie, one that will reflect the way it feels to be young and dissatisfied in postwar London. This unlikely partnership of two men from vastly different backgrounds was inspired by the burgeoning youth culture of the early 1960s. Lambert and Stamp searched for months and finally found in a band called the High Numbers a rebellious restlessness that was just what they were looking for. Abandoning their plans to make a film, they instead decided to mentor and manage this group, which evolved into the iconic band known as the Who. The result was rock 'n' roll history.

Where to watch Lambert & Stamp