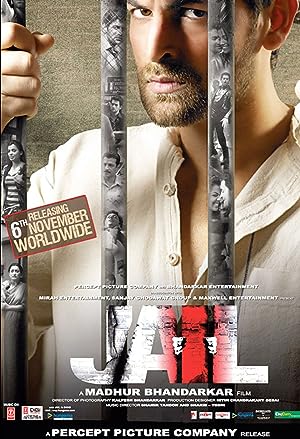 How to Watch Jail 2009 Online in Australia

The cast of Jail

What is Jail about?

Shortly after getting promoted as Regional Manager of Max Finance, Parag Dixit gets arrested in Bandra for Firing at Police, and Possession of Narcotics. His associate, Keshav, is grievously injured, and is hospitalized in a coma-like condition. Parag's widowed mother, Alka, and Air Hostess girlfriend, Manasi Pandit, retain Advocate Harish Bhatiya to represent him at a preliminary bail hearing, but the Judge denies bail. Housed in an overcrowded barrack, with barely room to move, Parag meets with a variety of people - both convicted and awaiting trial - including Abdul Ghani, Kabir Malik, Galib Suratwala, Nawab, Bababhai, etc. Parag again appears in Court e after a charge-sheet is filed, but again, due to the seriousness of the offenses, fear of tampering with evidence and witnesses, he is denied bail. Several months later, Keshav is now deceased - and Parag, embittered by abuse, loss of faith in an overburdened system - with overwhelming evidence against him - faces trial as the only accused.

Where to watch Jail