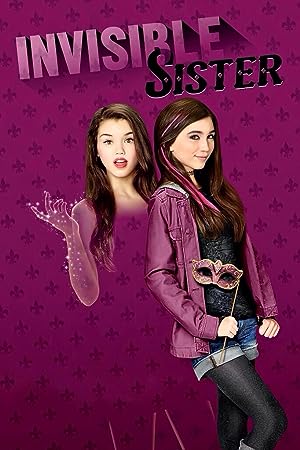 How to Watch Invisible Sister 2015 Online in Australia

What is Invisible Sister about?

While working on a science project, high school student Cleo accidentally creates a vapor that turns a moth invisible. But that's not the only thing she turns invisible; she finds out she also turned her older sister invisible. With her sister invisible and only hours to find a cure, Cleo must use her friends and her skills to cure her invisible sister.

Where to watch Invisible Sister

Which streaming providers can you watch Invisible Sister on

The cast of Invisible Sister

Invisible Sister is a great Adventure movie, we’ve selected several other movie options that we think you would like to stream if you have watched Invisible Sister

Invisible Sister is a great adventure show, we’ve selected several other show options that we think you would like to stream if you have watched Invisible Sister