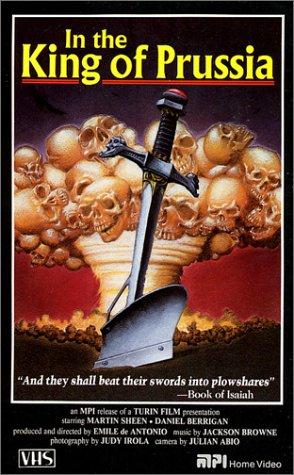 The cast of In the King of Prussia

What is In the King of Prussia about?

Dramatization of the trial of Christian anti-war activists, known collectively as the "Plowshares Eight". In September 1980, they broke into a General Electric weapons plant in King of Prussia, Pennsylvania, and in an act of protest against nuclear proliferation, poured vials of their own blood onto secret missle plans, burned other files, and damaged nosecones intended for nuclear missles. The direct-to-video production is intercut with clips from actual news coverage of the trial. The "Plowshares Eight" portray themselves in the production, and after taping was complete, reported to court for their imprisonment.

Where to watch In the King of Prussia

More Drama movies like In the King of Prussia

More Drama tv shows like In the King of Prussia