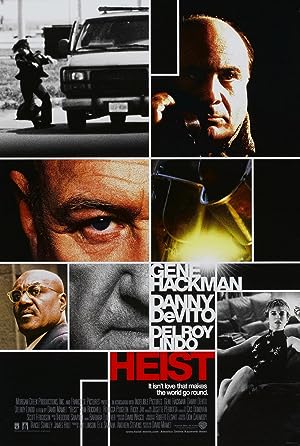 How to Watch Heist 2001 Online in Australia

The cast of Heist

What is Heist about?

David Mamet takes this story of thieves along many twists and turns, some of which work and some of which don't. Gene Hackman plays the brilliant leader of a gang (Delroy Lindo, Ricky Jay & Rebecca Pigeon as Hackman's youngish wife), which pulls off complex heists for a despicable fence (Danny DeVito). After stiffing the gang on a jewelry robbery, DeVito forces the gang to go after a Swiss gold shipment and to use his nephew (Sam Rockwell) in the crime. No one trusts anyone and every step is shaded with the unexpected.

Where to watch Heist