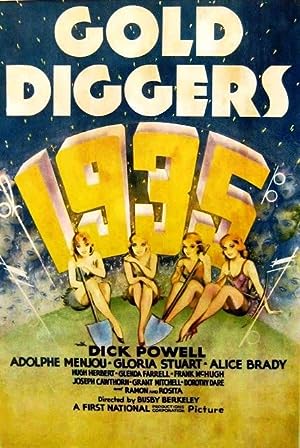 In a luxury hotel stage director Nicoleff stages a show to get the money to pay his bills. Mrs. Prentiss, who is backing the show wants her daughter Ann to marry the millionaire T. Mosely Thorpe, but Ann falls in love with Dick Curtis, while Dick's girl friend marries Ann's brother Humbolt. But the hotel secretary Betty knows a way to avoid dificulties with old Mrs. Prentiss.

Where to watch Gold Diggers of 1935

Which streaming providers can you watch Gold Diggers of 1935 on