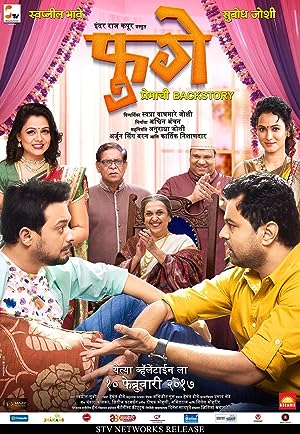 How to Watch Fugay 2017 Online in Australia

The story revolves around two best friends Swwapnil Joshi and Subodh Bhave. Swwapnil and Subodh have been friends from when they were three years old and they are inseparable. Swwapnil gets engaged to Prarthana Behere who is extremely possessive about Swwapnil and also doesn't approve of the bond between Swwapnil and Subodh. Assuming they wont get to enjoy the same fun both decide to go for one last bachelor party to Goa. In Goa they have a lot of Fun but also make a mistake that leads to hilarious fun. What happens when they come back and how both Swwapnil and Subodh have to explain themselves and how they have to go back to clarify and prove their innocence is the fun and laughter part of the movie. All together a funny, hilarious and a family drama story of 2 friends.