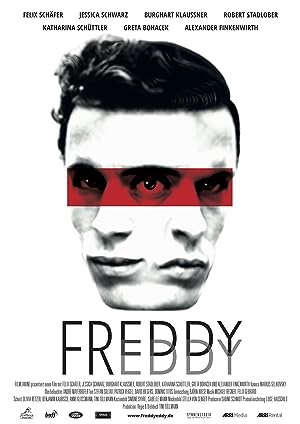 How to Watch Freddy/Eddy 2016 Online in Australia

Freddy finds himself in the biggest crisis of his life, because he gets accused to have beaten up his wife. While his world collapses, Eddy, his childhood imaginary friend reappears. And he looks exactly like him. What is a big support for him in the beginning, turns out to get the worst horror. He looses control over Eddy and nobody believes him that it is not him, doing all the atrocities. How to prove someone who used to be a product of your own mind is alive?

Which streaming providers can you watch Freddy/Eddy on

Here is the comprehensive list of streaming providers that will show Freddy/Eddy in Australia. If Freddy/Eddy will appear with other providers further down the line, this table will be updated.

Freddy/Eddy is a great Thriller movie, we’ve selected several other movie options that we think you would like to stream if you have watched Freddy/Eddy

Freddy/Eddy is a great thriller show, we’ve selected several other show options that we think you would like to stream if you have watched Freddy/Eddy