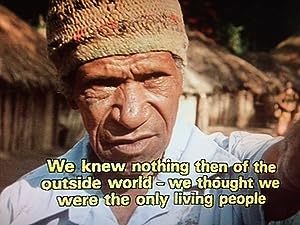 This documentary presents footage of the first contact between the highland tribes of Papua New Guinea, and European explorers. In the 1930s three Australian's, Michael, Daniel and James Leahy were the first white people to venture into the vast New Guinean interior. They searched for gold and found 1 million highland tribespeople who had previously had no contact with the outside world. Amazingly, they took a film camera with them.

Which streaming providers can you watch First Contact on

Here is the comprehensive list of streaming providers that will show First Contact in Australia. If First Contact will appear with other providers further down the line, this table will be updated.

First Contact is a great Documentary movie, we’ve selected several other movie options that we think you would like to stream if you have watched First Contact

First Contact is a great documentary show, we’ve selected several other show options that we think you would like to stream if you have watched First Contact