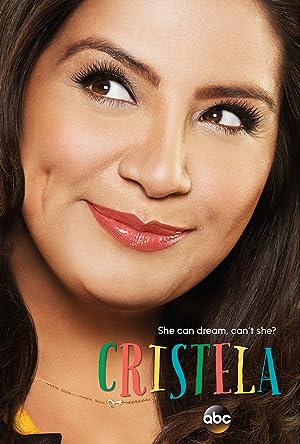 How to Watch Cristela Online in Australia

What is Cristela about?

In her sixth year of law school, Cristela is finally on the brink of landing her first big (unpaid) internship at a prestigious law firm. The only problem is that her pursuit of success is more ambitious than her traditional Mexican-American family thinks is appropriate. She's stuck straddling the old culture she's trying to modernize at home with her working-class family and the modern world she's trying to embrace in her professional career. Breakout comedian Cristela Alonzo stars in this hilarious comedy about laughing your way down the path to the new American dream.

Where to watch Cristela

Which streaming providers can you watch Cristela on

Here is the comprehensive list of streaming providers that will show Cristela in Australia. If Cristela will appear with other providers further down the line, this table will be updated.

The cast of Cristela

Cristela is a great Comedy movie, we’ve selected several other movie options that we think you would like to stream if you have watched Cristela

Cristela is a great comedy show, we’ve selected several other show options that we think you would like to stream if you have watched Cristela