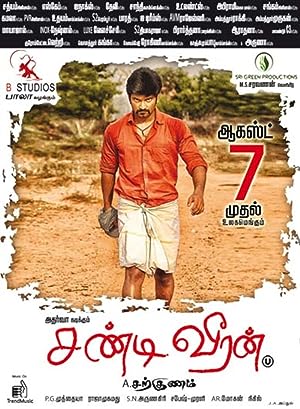 How to Watch Chandi Veeran 2015 Online in Australia

The cast of Chandi Veeran

What is Chandi Veeran about?

As a child, Paari (Atharvaa) lost his father who tried to stop the war between his native and neighboring village as they fought over sharing a pond water. Years later, Paari is a young man who returns from Singapore but the battle between two villages is still on. Mean while, Paari is in love with Thamarai (Anandhi), daughter of rich village man (Lal) who also owns the pond and is adamant not to supply water to the nearby village.

Where to watch Chandi Veeran