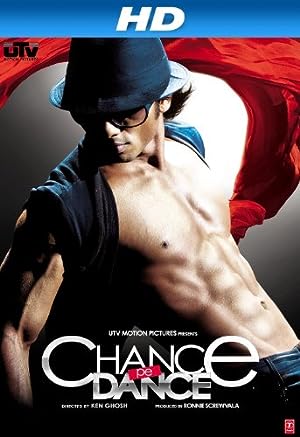 How to Watch Chance Pe Dance 2010 Online in Australia

The cast of Chance Pe Dance

What is Chance Pe Dance about?

Delhi-based Mrs. Behl believes her son, Sameer, will make a mark for himself as a Bollywood hero much to the chagrin of her husband. Believing his mother, who subsequently passes away, Sameer relocates to Mumbai, ends up auditioning numerous times, nearly makes it but is replaced at the 11th hour. Despite working as a courier delivery-man, he is unable to pay his rent and is evicted by his landlord's brother. He ends up as Dance Teacher in Model High School, sneaks every morning into the school to use it's facilities and lives in his car while romancing cute choreographer Tina Sharma. Meeting Rajeev Sharma, he is promised a lead role in a movie but later finds he has to compete in a nation-wide contest. Disillusioned at this rejection, he despairs but is encouraged by Tina. It is then he receives bad news about his dad and decides he must return immediately, perhaps never to fulfill his late mother's dream.

Where to watch Chance Pe Dance