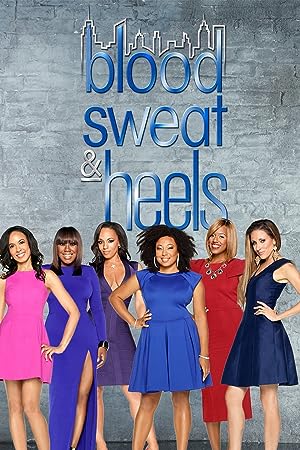 How to Watch Blood Sweat and Heels Online in Australia

What is Blood Sweat and Heels about?

A TV show that follows a group of up-and-coming movers and shakers in New York's elite circles of real estate, fashion, and media. The all-female cast includes former "video vixen" turned realtor Melyssa Ford, real estate partner Brie Bythewood, modeling agency owner Mica Hughes, affordable-style expert Daisy Lewellyn, A Belle in Brooklyn blogger and author Demetria Lucas, and style and pop culture journalist Geneva S. Thomas. From Harlem to Brooklyn, life in the big city often resembles a small town when the women cross paths in their personal and professional lives. The self-starters built their reputations and successes without the help of a man, but they never underestimate the power of a girlfriend's support. These independent ladies are aggressive in their pursuit of personal and career goals, but will the cost of success prove too steep as they climb their way to the top?

Where to watch Blood Sweat and Heels

Which streaming providers can you watch Blood Sweat and Heels on

The cast of Blood Sweat and Heels